Mid Europa Partners (“Mid Europa”), the leading private equity investor in Central and Eastern Europe, announced today the agreement to sell Knjaz Miloš, the leading producer of mineral water and non-alcoholic beverages in Serbia and the surrounding region, to a joint venture between Karlovarské Minerální Vody (“KMV”) and PepsiCo, Inc. (“PepsiCo”). The transaction is subject to customary competition authority clearance and is expected to close in Q3 2019.

Mid Europa acquired Knjaz Miloš together with Imlek and Bambi, the leading regional dairy and confectionery players, respectively, forming the consumer group – Moji Brendovi, in 2015. Following the acquisition and the appointment of a new management team, Knjaz Miloš, already a leading producer of mineral water, capitalised on the increased consumer demand for innovative hydration and drinks products, and emerged as the leader in these categories.

Robert Knorr, Co-Managing Partner of Mid Europa commented: “Knjaz Miloš is another example of Mid Europa’s vision and capability to transform a Central European consumer company into a branded category leader. Following our recent sale of Bambi to Coca-Cola HBC, Knjaz Miloš has also found its rightful place within the portfolio of a leading international player.”

Andrej Babache, Partner of Mid Europa said: “Knjaz Miloš has introduced product and packaging innovations to strengthen its leadership in the water and drinks categories. The company’s new and refreshed brands have led the way in direct digital communication with younger customers. This innovative growth has led to the business more than doubling in size during Mid Europa’s ownership. We wish the Knjaz Miloš management continued success as part of KMV and PepsiCo.”

Milos Stojisavljevic, CEO of Knjaz Miloš, commented: “We are proud of the success achieved working together with Mid Europa, and as part of the Moji Brendovi Group. We look forward to joining the leading brands of KMV and PepsiCo and continuing our growth.”

The transaction was executed by Filip Kisdobranski, Aleksandar Dragicevic and Ratko Jovic. 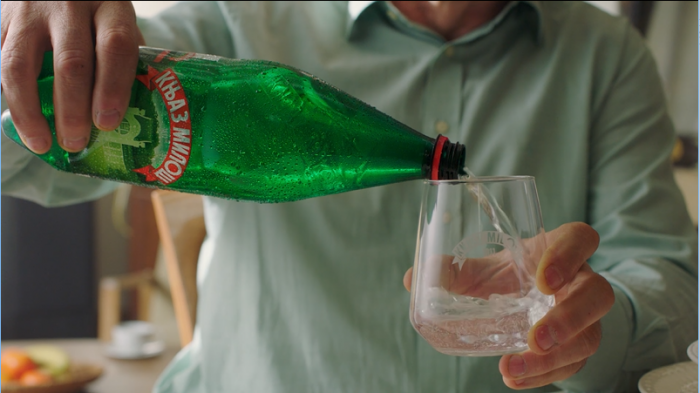 Knowing that the holidays are the most beautiful and eagerly awaited period for all our children, in the company Knjaz Milos we wanted to cheer and tr ...

New competition “Let’s Get Our Children Active“ and a new chance for elem ...

Teachers and classes from the first to the fourth grade of all elementary schools in Serbia may apply by November 4, 2019 on a new competition within ...