During Mikser 2020 festival, Knjaz Miloš company hosted the panel “Deposit Return System – an efficient road to a circular economy”, dedicated to the initiative to introduce the deposit return system for packaging waste collection and circular economy development in Serbia.

Marko Čadež, President of the Chamber of Commerce and Industry of Serbia, Alessandro Pasquale, Mattoni 1873 CEO and Anna Larsson, Director, Circular Economy, Reloop Europe, addressed the participants and the audience with video messages, while Radmila Šerović, Head of Department for Waste Management at Ministry of Environmental Protection, Kristina Cvejanov, packaging waste management expert, Green Loop Consulting, Violeta Belanović-Kokir, CEO of the leading packaging waste operator in Serbia, Sekopak, and Igor Jezdimirović on behalf of the Association of Environmental Engineers presented their points of view on the panel, on how can we manage packaging waste more efficiently.

President of the Chamber of Commerce and Industry of Serbia Marko Čadež pointed out that the transition to a circular economy today is no longer just a question of a cleaner environment, a test of responsibility for states, companies and citizens, but also a question of sustainability of every business and new opportunities that open up to the economy.

“The deposit return system has proven to be the most efficient in the European Union, and its application will improve the awareness and responsibility of citizens, there will be less packaging waste in places it does not belong: parks and streets, while more raw materials for recycling and new packaging production will become available. This will bring lower costs to companies and local governments”, said Čadež, adding that the Serbian Chamber of Commerce supports the initiative to replace the traditional, mixed system for disposing waste in containers with a deposit return system for packaging waste collecting.

“After the new government is formed, we expect to continue the conversation on the necessary amendments to the Law on Packaging and Packaging Waste, in order to speed up the process and to adopt and implement new regulations as soon as possible, which will enable the introduction and efficient application of the deposit return system,” Čadez said and expressed his gratitude to Mattoni 1873 Group, within which the company Knjaz Miloš operates, for being ready to transfer knowledge from other European markets in which it operates, to Serbia.

Mattoni 1873 CEO Alessandro Pasquale pointed out that the water and beverage industry uses packaging that is fully recyclable, be it glass, aluminum cans or PET bottles, but is also aware of the responsibility that arises after the product is consumed, i.e. problems caused by inadequately disposed packaging waste.

“Mattoni 1873 and Knjaz Miloš support the deposit return system for packaging waste because it has proven to be the only system that enables us to collect more than 90% of used packaging, and in an efficient way, when observing costs and environmental impact”, Pasquale said.

He pointed out that, given the recyclability of materials and technology that is already known and available, the beverage industry already has the capacity to ensure circularity, in order to reduce production and introduction of new plastics into our environment, i.e. to reduce waste.

“There are several key parameters for a successful deposit return system: it needs to be run and owned by the industry; it should be set up in a non-profit and transparent way; there has to be control over the material flow, in order to ensure that the material is returned and reused for original purposes. We, Mattoni 1873 and Knjaz Miloš, strongly support the fact that the implementation of an efficient deposit system is being considered in Serbia. We are ready to dedicate resources, energy and expertise of our people to make the future system in Serbia an example of best practice in Europe, an example how the industry can take responsibility and transform its business in a sustainable way. Today, that is possible, and we are ready for it”, Pasquale concluded.

“The deposit return system helps to establish a clear link between the consumer and the packaging he uses and motivates the consumer to return his packaging, instead of throwing it away. In this way, a quality product can be obtained from packaging material by recycling, while at the same time nature is being released from long-term pollution “, said Igor Jezdimirović from the Association of Environmental Engineers.

Violeta Belanović-Kokir on behalf of Sekopak said that the business sector is the best partner of the state in the implementation of the principle of extended producer responsibility, but also emphasized that without the developed primary selection of waste, the deposit system will not give the expected results.

“Experience shows that the deposit system organized by the industry, within the concept of extended producer responsibility, is the most efficient way to collect packaging. However, it is important that we do not hurry in this process, because such a system changes the logic to which both citizens and consumers are accustomed, because waste is no longer thrown in bins and containers, but returned to stores. That is why it is necessary to carefully design the best deposit model, so that the application would not disturb the market and harm the consumer, in terms of the availability of such solutions “, Kristina Cvejanov of the Green Loop platform concluded. 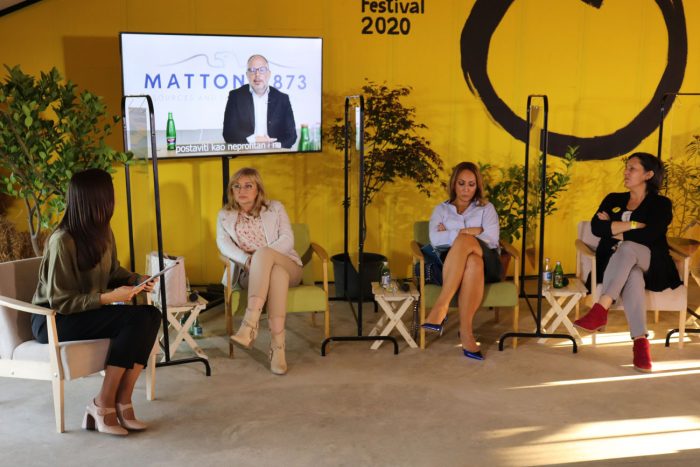 GUARANA HAS LAUNCHED A NEWPRODUCT WITH NIKOLA JOKIC SIGNATURE ...

After wreaking havoc on the networks with her congratulatory MVP title to Nikola Jokic, which included a can with his signature, where the public wond ...

Aqua Viva is known as a brand that has been dedicated and successfully working for years to offer the best refreshment option, whether we are intent o ...